It’s hard to learn a new language when you don’t know how to pronounce the words. This takes the whole enjoyment out of the language learning process! Here in this article, we will go through some simple steps that will show you how to pronounce Swedish words!

If you’re already anxious about the learning curve that awaits you, remember that while there might be a few hard sounds, the vast majority of them are also found in the English language. Furthermore, Swedish pronunciation mirrors the intonation patterns in English. What this all means for native or fluent English speakers is that you will have an easier time learning Swedish than you might with some other languages. Let’s dive into those tips!

Let’s start right at the beginning- the alphabet! Swedish uses the same Latin letters as English, and has the same twenty-six letters, however there are an additional three—å, ä, and ö. These three letters are vowels, along with the letter y. These four in addition to the existing vowels we already know (a, e, i, o , u), Swedish has a total of nine vowels.

Some of the more tricker letters to pronounce are:

2. The Swedish digraphs and trigraphs

The what and what now? We hear you, but just hear us out! Digraphs are letter combinations that signal a single sound and trigraphs have the same concept, just with three letters instead of two. The emphasis here is ”a single sound”, meaning that even though you see two letters, it’s only one sound that you need to pronounce.

Unfortunately, there’s no shortcut to mastering these unfamiliar sounds — you’ll just have to listen to it a bunch and keep practicing.

Now that we understand Swedish letters and their sounds, we need to take into account some pronunciation differences and rules in Swedish.

Vowels can be long or short in Swedish, just like in English. Vowels are flexible and may change in certain situations eg. the “a” in father isn’t the same as in late.

Intonation matters in Swedish, like with English. This means that there are certain syllables in words that you have to emphasize to sound like a local. With time, the patterns will come to you naturally, but, for now, there are a few rules that can help us figure out where the intonation lies in the word.

As a general rule of thumb, the first syllable of the word is stressed in Swedish. However, there are some exceptions:

5. Listen, listen and listen some more!

In order to understand Swedish pronunciation, you need to listen to it. Make an effort to actively listen to the rhythm, intonation, and melody of the language. You will find this method to be super helpful when you are learning to speak Swedish.

The most effective way to practice your Swedish accent and pronunciation is with native Swedish speakers. They will guide you on the correct pronunciation and help you to polish your accent. However, finding Swedish natives to practice with is often hard to come by. That’s where the Tandem app comes in.

With Tandem, it’s so easy to find Swedish language exchange partners to chat with. We might be a little biased, but we believe Tandem is the best way to learn Swedish online. With millions of members in the online community, you’re bound to find someone with similar interests to you, ensuring your language learning remains motivating.

How to pronounce difficult Swedish words

Here is that dreaded “sj” sound! A tip to get you started on this one: make a quick “h” sound in the back of your mouth and round your lips slightly while the air is coming out. It should then sound something like “h-rew.”

The first “sk” that appears in this word here is pronounced soft like the “sj” sound we had above, but the second “sk” is pronounced like a hard “k” sound. This is actually determined by whether the vowels after them are soft or hard. The soft vowels in Swedish are e, i, y, ä, and ö, and the hard vowels are a, o, u, and å.

In this word, you’ve got to combine the “sh” and the “sj” sound. It sounds like “shu-go-h-rew” when you put it all together. Listen closely! 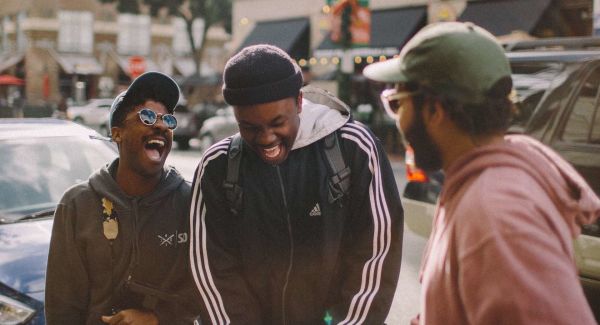 In this article, we will be taking a look at some common Spanish idioms you need to know to sound like a native Spanish speaker!
4-min read