How to Say "Thank You" in 20 Different Languages

Getting started with a new language partner is always exciting, but let’s face it - it is a bit intimidating too! This is particularly true when you’re learning a brand new language from scratch. The right etiquette is hard to judge, but very important when establishing a friendship with someone from a different country. When you are talking to someone from a different culture, you want to be sure that you start off on the right foot and treat each other with respect from the very first moment.

If you travel a lot, you will be familiar with the painful feeling when someone does something nice for you, but you are unable to make your “thank you” understood. Don’t let that happen with your new language exchange partner! Besides, they will be thrilled to see you are making the effort in their native language from the very beginning! To help you out, we’ve asked around the community to find out the best ways to say “thank you” in 20 different languages so you never need to feel worried again. 😄 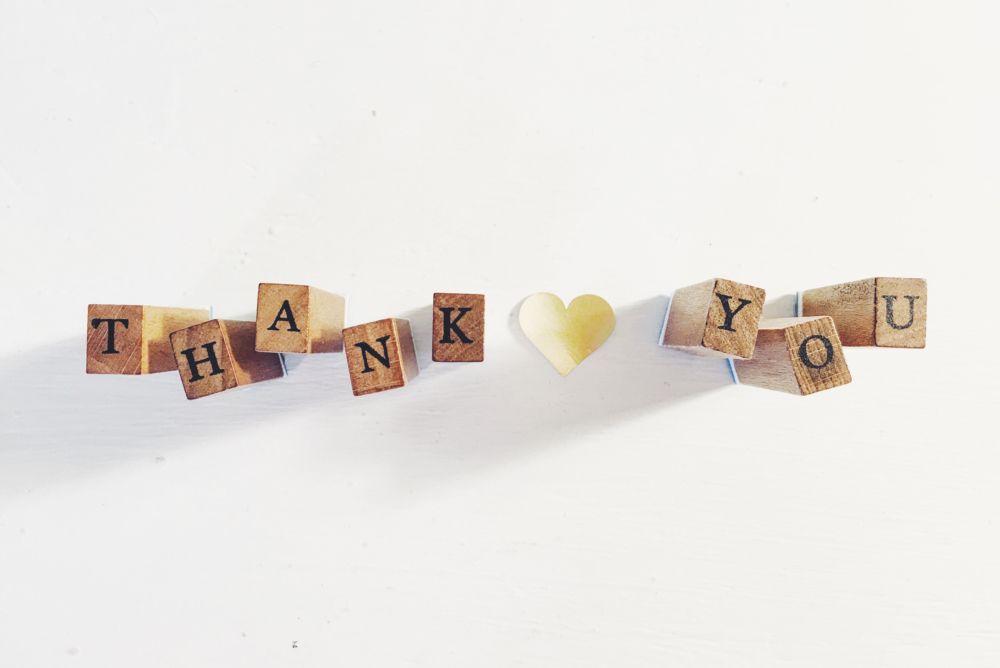 1. Thank you in English

Aside from saying a basic thank you (obviously), you can also shorten it to thanks or lengthen it to thanks very much or thanks a lot! You might also hear Brits say cheers, though this will confuse Americans, who only like to use cheers when they are having a drink!

2. Thank you in German

The most common way is Danke schön. This can be shortened to Danke or made slightly more formal as Danke sehr.

3. Thank you in Italian

Italians usually thank each other with a grazie. If you really want to show your appreciation, you can say grazie mille, or mille grazie - literally, a thousand thanks.

4. Thank you in Spanish

5. Thank you in French

A simple merci will usually do if you want to say thank you in French. However, merci beaucoup (thank you very much) is also commonly used for emphasis.

6. Thank you in Japanese

There are a few different ways to say thank you in Japanese, but the most common is ありがとう (arigatou), which is a basic thank you. どうもありがとう (doumo arigatou) is more polite, while どうも (doumo) is more casual. どうもありがとうございます (doumo arigatou gozaimasu) is a formal, honorific expression. Watch out though - there are various other ways of expressing thanks as well, depending on where your Tandem partner is from in Japan!

7. Thank you in Russian

Showing your thanks is different in Russian depending on whether you want to be formal or informal. If you want to be informal, cпасибо (spacibo) is the best option. If you want to be very very formal, you can use благодарю. However - this is really only used if you want to impress someone. If in doubt, stick to cпасибо or even cпасибо большое (spacibo bolshoye - thanks very much).

8. Thank you in Korean

There are several different ways of saying thank you in Korean, but in general, you will hear 감사합니다 (gamsahamnida). It is still pretty formal and polite, so suitable for strangers and people older than you. If you know someone really well, you can say 고마워요 (gomawoyo).

9. Thank you in Mandarin Chinese

The most common way to say thank you in Mandarin is 谢谢你 (xiè xiè nǐ). When it is spoken as xiè xiè, it means thanks while xiè xiè nǐ is thank you.

10. Thank you in Cantonese

In Cantonese, there are two common ways of saying thank you that are used in different situations. When someone gives you a gift, you can say 多謝你 (do1 ze6 nei5). However, when someone helps you, you would say 唔該你 ( m4 goi1 nei5). Both of them are common in Cantonese, but most likely the second would be more useful for your Tandem conversations!

Thank you in Thai is khop kun. Here’s a hack for making your sentence instantly polite and respectful: add the word khrup (if you are female) or ka (if you are male) to the end of the sentence. So a politer version would be khop kun khrup/ka.

The easiest way to say thank you in Dutch is dank je, which covers most situations, being neither impolite nor overly formal. For a small emphasis, you can say dank je wel, which is more like thanks very much, or for the most sincere and heartfelt thanks, hartelijk bedankt.

13. Thank you in Portuguese

Thank you in Portuguese is obrigado - but only if you’re male. If you are female, you should say obrigada. In spoken Portuguese, the “o” is often dropped, so don’t be surprised if someone says what sounds like “brigado/a” to you in conversation.

14. Thank you in Swedish

Most commonly you will hear tack in Swedish when people want to say thank you - but there are plenty of variations on this that you can learn. Tack så mycket is more like thank you very much, or you can say tusen tack (a thousand thanks) or even stort tack (big thanks).

15. Thank you in Vietnamese

When saying thank you, Vietnamese people usually say cám ơn - when you are really really thankful, you can also say cám ơn rất nhiều, which is more like thank you very much.

16. Thank you in Hungarian

Hungarian is known to be a difficult language, but saying thank you isn’t too much of a challenge: köszönöm. Nagyon szépen köszönöm is used when you want to show that you are really grateful, and it has the added benefit of being polite - you can also say simply köszönöm szépen.

17. Thank you in Swahili

Thank you is a beautiful word in Swahili - asante. It’s easy enough to emphasize as well. Just add sana to the end, so asante sana.

There are many ways to say thank you in Hindi, but if you want to formally thank someone then you say, धन्यवाद (dhanyavaad). If it is informal then you say शुक्रिया (shukriya). Adding बोहोत (bohaut) before either (बोहोत धन्यवाद/शुक्रिया - bohaut dhanyavaad/shukriya) would make it into thank you very much.

Thank you in Arabic is شكرا (šukran). This is an all-purpose thank you that can be used in a variety of different scenarios. شكرا جزيلا (šokran gazīlan) is a more informal, enthusiastic thank you, rather like thank you so much.

In the Czech language, you can thank someone by saying děkuji. A shortened, simple version of this (much like the English word thanks) is díky.