O’zapft is! Oktoberfest is here! The world’s largest beer festival is currently taking place in the centre of Munich, Germany. This incredible celebration of all things Bavarian is world-famous, but how much do you actually know about the festival? We decided to ask our Bavarian members for the craziest facts about Oktoberfest. They did not disappoint! Here are our 16 favourite fun facts about the festival.

Looking for a way to boost your language skills quickly and effectively? Our Tandem app helps you find a conversation exchange partner to chat with! Whether you want to learn the latest slang phrases, need clarification for a tricky grammar rule or just want to talk to a like-minded language learner, Tandem is the app for you! 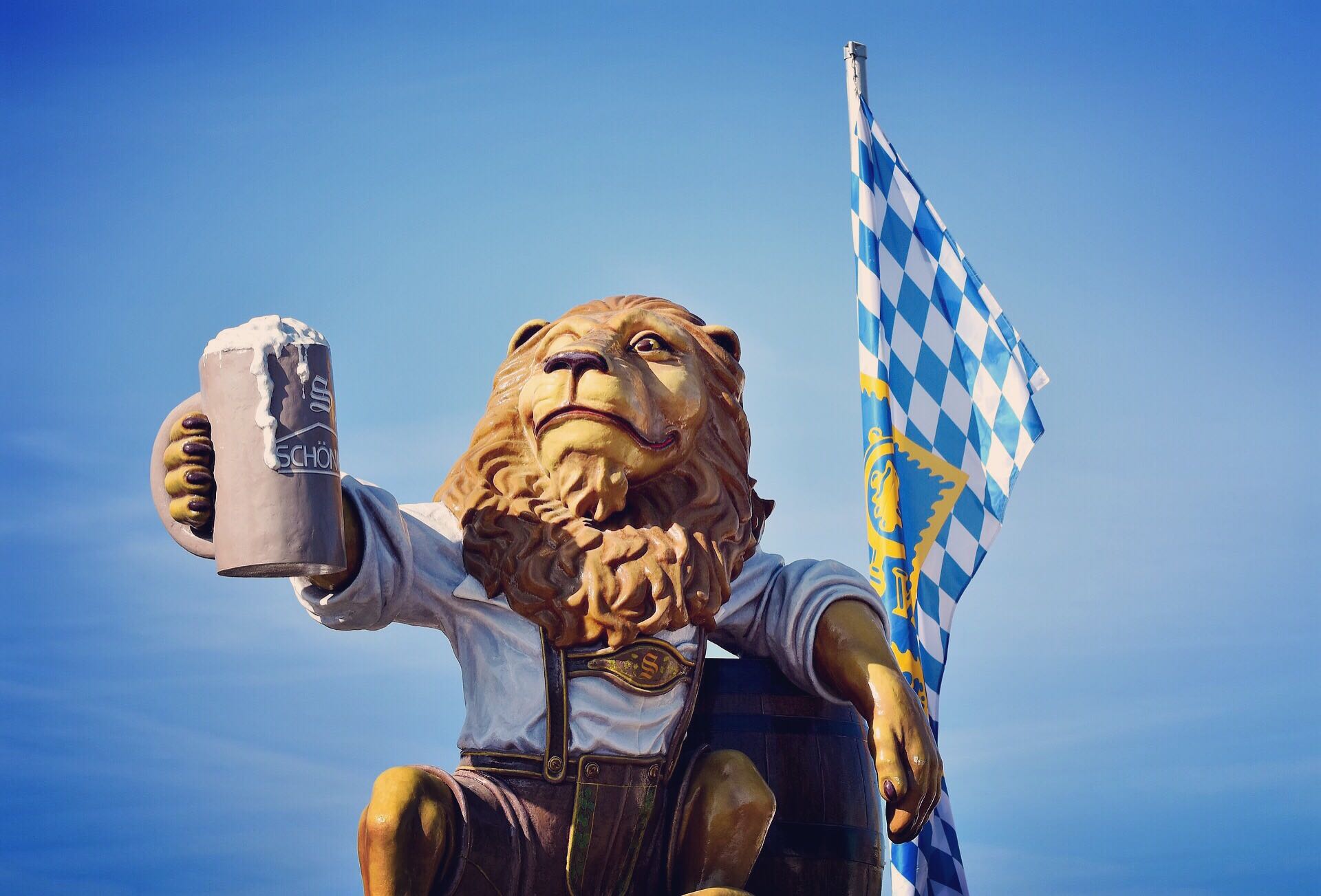 This year it is the 186th Oktoberfest! It has happened in Munich most years since 1810, only being cancelled in the face of war or cholera outbreaks.

It is forbidden to drink any beer other than Munich-brewed beer at Oktoberfest. The beer must have been brewed in the city walls and come from one of six special history breweries. This is designated “Oktoberfestbier” - and all of the breweries are very very proud to be making it!

Oktoberfestbier is stronger than normal beer, at around 6%. The variety is called Märzen as it is brewed in March and allowed to age so that it is ready to drink by late summer.

Locals don’t call it Oktoberfest. Instead, they call it the “Wies’n”, after the Theresenwiese field where Oktoberfest is held each year.

Though Oktoberfest is world-famous, it is still predominantly attended by Bavarians. 72% of the guests are from Bavaria itself, with 15% coming from outside Germany.

It doesn’t start in October. Rather, it begins in mid-September and usually finishes on the first or second day of October.

The first Oktoberfest was held to celebrate the marriage of Crown Prince Ludwig, later to become King Ludwig I, to Princess Therese of Saxony-Hildburghausen, and was originally a horse race with no particular focus on beer.

Albert Einstein actually worked at Oktoberfest when he was young, putting up beer tents. 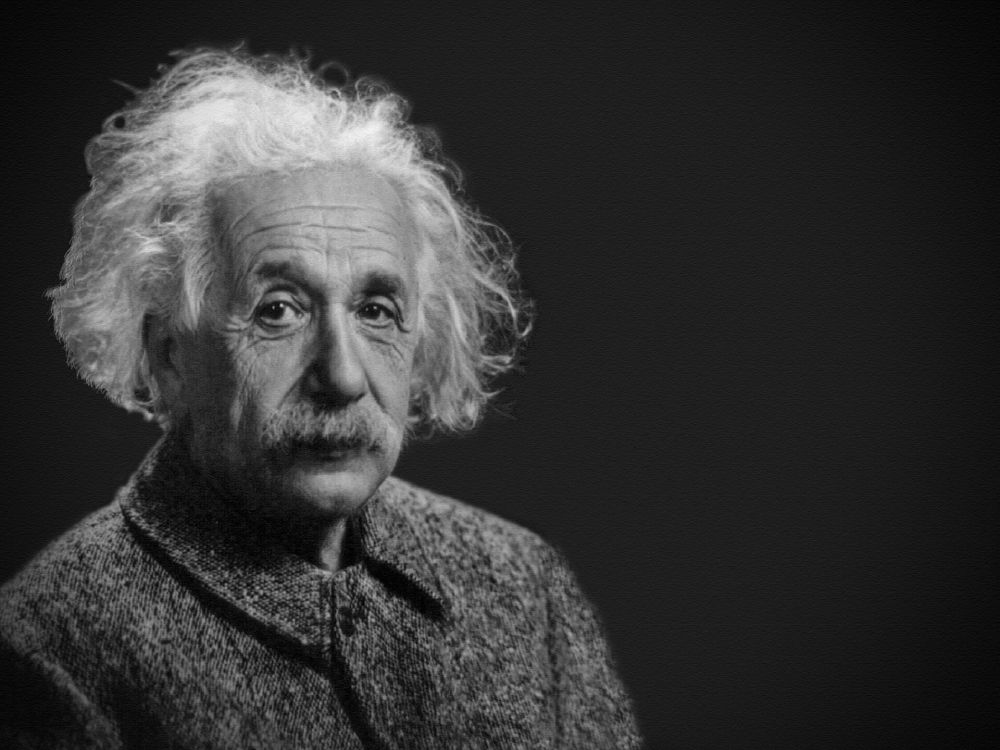 More than 6 million people attend Oktoberfest, and the largest tent seats 11,000 people - and that’s just one of the 13 that make up the festival.

Oktoberfest starts with a gun salute on the first Saturday at 12pm, followed by the mayor of Munich tapping the first beer keg, with the cry “O’zapft is’!”. This literally means “it is tapped!” in the Bavarian dialect. Technically, drinking should not begin before this announcement - but locals still queue from 6am on the day to get a good spot in the beer tents.

The “oompah” bands at Oktoberfest are famous for their unusual regional brass instruments, including the Alpenhorn, which was traditionally used as a way to calm down anxious cows around milking times in the Swiss Alps.

The most popular things to eat at Oktoberfest are grilled chicken (“Hendl”), pork knuckles (“Schweinshaxe”), and oxen (“Osche”). The amount of chickens eaten FAR outweighs the amount of sausages!

You are as likely to hear traditional Bavarian folk songs as pop classics like “YMCA” and “Sweet Caroline”. By later in the evening, everyone is dancing on the benches.

The amount of beer drunk at Oktoberfest could fill more than three Olympic-sized swimming pools.

Servers at Oktoberfest are able to carry 10 Maß (litre glasses of beer) at once. Pretty impressive! 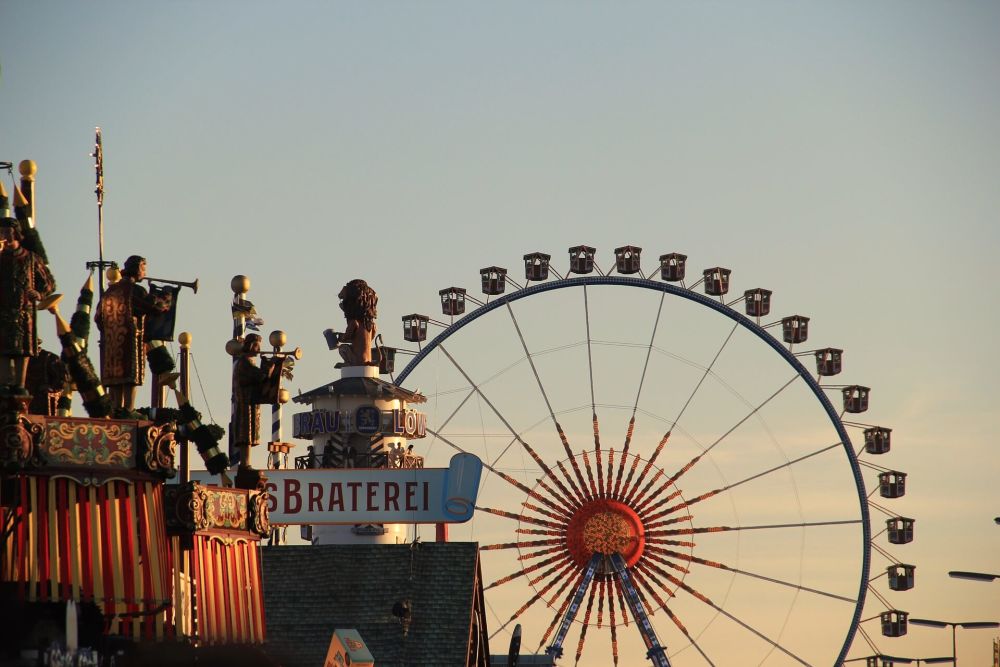