8 Interesting May 1st Traditions from Around the World

May is seen as a special month across the world. Winter has finally come to an end, meaning many people take the chance to celebrate the coming summer! May 1st is International Labour Day, a public holiday in many countries, where workers (and usually, workers rights) are celebrated. But May Day festivities often have their roots in older celebrations - with many taking inspiration from pagan or ancient religious traditions. Here are a few of the most quirky festivals from around the world! 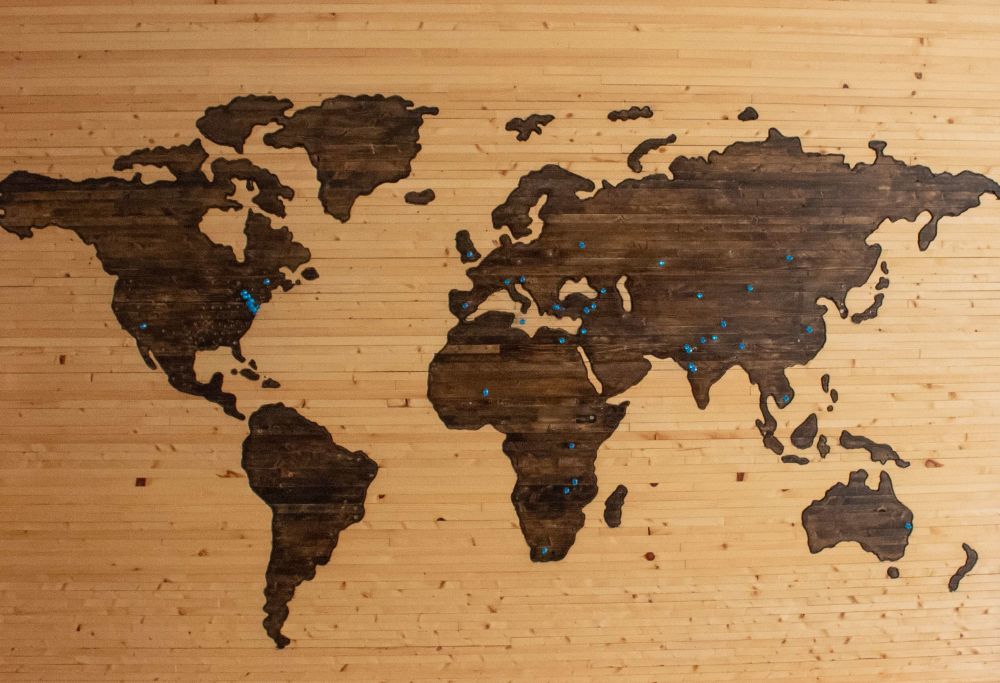 Ancient Celts believed that the sun was taken prisoner during the winter months, so on Beltane they would light special bonfires to welcome the sun back to its rightful place. This tradition has undergone a revival in recent years and still takes place in parts of Scotland today.

In Edinburgh, for example, they light huge bonfires on a hill above the city. Another Scottish legend from Edinburgh says that young women who climb Arthur’s Seat (a big hill overlooking the city) at sunrise on May Day and wash their faces in the morning dew will have life-long beauty!

In Germany, Walpurgisnacht, or Hexennacht, is almost like a second Hallowe’en. Legend has it that witches would meet on this night to celebrate the coming season with bonfires and dancing. To combat the witches, local German people made as much noise as possible and lit huge bonfires to keep the evil witches and spirits at bay. Walpurgisnacht is still celebrated today across Germany and Scandinavia, with big parties, bonfires and dressing up.

The name of the holiday is said to come from St Walburga, an English nun whose feast day is on May 1. At that time in Germany, Church authorities banned pagan celebrations, and would punish anyone found to be celebrating them. In order to carry on observing Hexennacht, the local people used the excuse of celebrating St Walburga’s feast day as a way to appease the Church.

In Russia and other former Soviet countries, May 1 is still a very important holiday, marking the start of spring/summer and Labor Day. Workers’ rights were of hugely important significance in countries under the influence of the Soviet Union countries, and this day continues as a major holiday today. There are often marches or demonstrations on this day too against capitalist systems or just as a celebration of unions.

While the Scots and Irish celebrate with fire festivals, in England, May Day is traditionally celebrated with dancing around the Maypole. Maypoles were traditionally made from young trees which were cut down and placed in the middle of a village green with multicolored ribbons attached to the top. It was then the job of the young people in the village to each take a ribbon and skip around the outside of the pole to make various patterns with all the ribbons. Maypoles are still a key fixture on Mayday in rural villages, and are even making a comeback in more urban parts of England.

At the ancient festival of Calendimaggio in Assisi, people dress up in traditional dress - including swords and shields for the men - and there are a variety of specific activities to participate in. These include horse riding, crossbow-shooting competitions and the election of a Madonna Primavera (Queen of Spring). There are also singing competitions, day and night processions, feasts and flower dances to welcome the new spring and the renewed joy of life.

Lei are traditional Hawaiian flower necklaces, and are worn by practically everyone on the Hawaiian islands on May 1, the official Lei Day! They are a symbol of the aloha spirit in Hawaii. Each island has a different style of Lei. On Lei Day there are lei making demonstrations, concerts, food and drink stalls and lots of celebrations.

The Bulgarian festival Irminden stems from the legend in Bulgaria that snakes come out of their burrows every year on March 25, but that their king and leader comes out on May 1. So, anyone who works in the fields is likely to get bitten on this day! All workers take May Day free in Bulgaria as to avoid any such bites. There are bonfires to keep the snakes away and lots of celebrations to welcome in the spring and summer.

Demonstrations and parades have been a common Labor Day fixture in France since 1890. However, an older tradition remains alongside them. It is customary to give the Lily of the Valley flower to friends or family members. This actually dates back to 1561, when Charles IX presented Lily of the Valley to all ladies present at his court.

How do you celebrate May Day in your country? Local holidays and traditions make great conversation starters when chatting to a Tandem partner!