Christmas Movies to Help You Learn a Language

There are few better learning methods than watching a movie in your target language. First and foremost, it’s fun and maybe more importantly, it helps you to familiarize yourself with everyday vocabulary and colloquial phrases. Since it’s almost Christmas, we’ve put our heads together to make a list of the best Christmas movies to learn a language. It wasn’t easy to cut the list down, but after a glass of Glühwein and a gingerbread Lebkuchen cookie, we made it! Check them out below - many of them are even tried and tested by our team. 😄 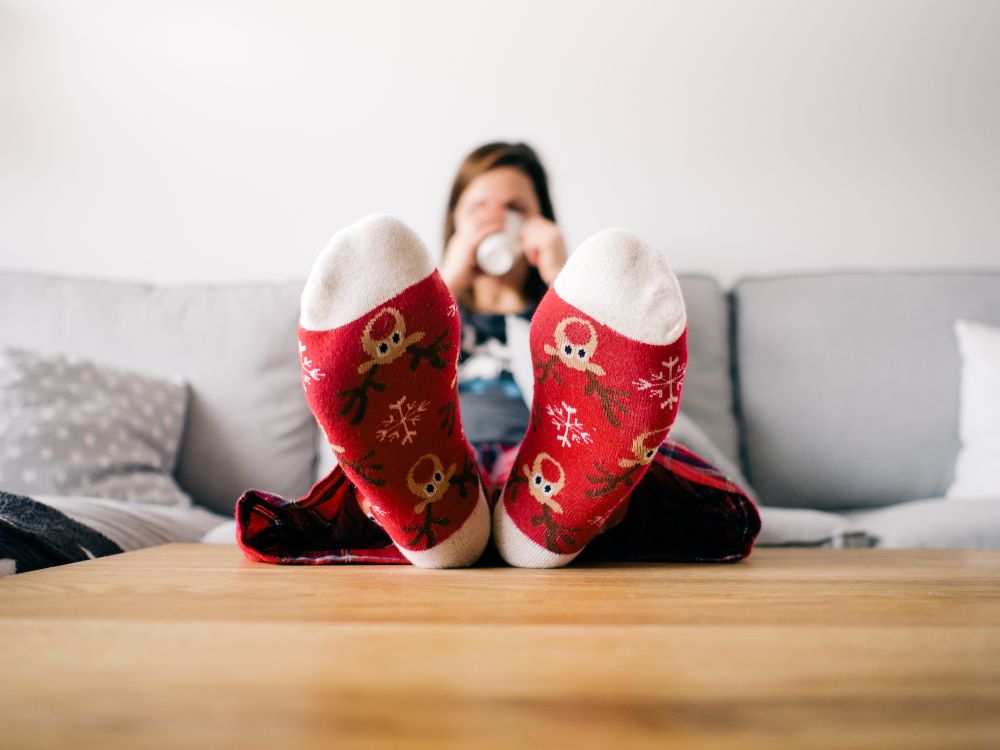 Released in 1973, this Czechoslovak/East German fairy tale film, Drei Haselnüsse für Aschenbrödel, features one of our favorite fairy tale princesses, Cinderella! Literally translated as “Three Hazelnuts for Cinderella,” the film follows a similar story to the one we all know. However, instead of the fairy godmother, it’s hazelnuts that help Cinderella get to the ball!

Since its release, the film has become a holiday classic in many European countries, including Germany, the Czech Republic, and Sweden. This is a great choice if you’re a beginner in German as it’s targetted for children and therefore uses less complex vocabulary. Additionally, as you’re probably familiar with the plot, you’re more likely to be able to follow what’s happening.

Home Alone is one of the most popular Christmas movies out there and it should definitely be one of the holiday films you sit down to watch this year. The story follows an 8-year-old boy who gets left behind when his family travels to Paris for the holidays, hence the title. It’s a light-hearted comedy and will no doubt get you in the mood for Christmas. The plot is pretty easy to get your head around, as is the language, so we’d recommend this for intermediate English learners.

We had to fit an animated film in somewhere and our choice is Los Reyes Magos or The Three Wise Men. The Three Kings’ Day in Spain is the most important day of the holiday season, so if you’re learning Spanish, try and hold out until January 6th to watch this film. As you might expect, the film tells the story of the three kings’ visit to the baby Jesus and King Herod’s attempt to sabotage their quest. This is an ideal movie for Spanish beginners, as the script was written for children. Plus, it’s based on the nativity story, so most are you are probably already familiar with the plot.

Un conte de Noël, meaning “A Christmas Tale,” is a French comedy-drama film released in 2008. This film is more serious and follows a family reunion just in time for the holidays. After the mother is diagnosed with Leukemia, she gathers her family in the hope that one of them might be a suitable donor for a bone marrow transplant. The language used is too advanced for beginners, but if you put the French subtitles on, you’ll be able to follow the gist of the story and it will be good practice for your ears!

A New Year’s Eve tradition in post-Soviet states is to watch the television film Ironiya sudby, ili S legkim parom! or The Irony of Fate. It was released in 1975, so it’s a good choice for those of you who like old films. Every year, on New Year’s Eve, a group of friends takes a trip to the sauna in Moscow. However, after too much alcohol, the evening does not go to plan. But it’s a love story, after all, so everything works out in the end! The language in this film is pretty simple, but as it’s an oldie, some of the expressions are rather dated, hence why it’s better suited for an advanced Russian learner.

If you’re into festive romance films, Love Actually is for you! It follows eight different couples, whose lives are loosely intertwined. It’s the ultimate feel-good movie you with an all-star cast, so you won’t be disappointed with this one. Disclaimer: get your tissues at the ready! It’s a little more complex than the other suggestions, so suited for those of you learning advanced English. That being said, it will also introduce beginners and intermediate learners to a range of “real life” vocabulary.

For many of us, spending time with family is what makes the holiday season so special - albeit sometimes wonderfully chaotic. Una Famiglia Perfetta or "A Perfect Family" is a story that reminds us that having power and wealth may seem desirable but can leave you feeling very lonely at this time of year. In the film, the main character hires actors to play the perfect family he has always dreamt of having. The plot is somewhat complicated, so we’d recommend this film for intermediate or advanced Italian leaners.

Did any of these Christmas movies take your fancy? If so, try to dedicate some time to actually studying the language used in the film. Put on the subtitles, write down the words you’re not familiar with and repeat sections of the film to help you remember the vocabulary or phrases used. And if you really enjoy it, watch it again when Christmas comes around next year! If you need more inspiration for holidays, check our post with Christmas facts from around the world. So with that, Tandem HQ wishes you a very Merry Christmas and a Happy New Year! We’ll see you next year!