Russia is not only home to 144.5 million people, but also world literature, talented classical composers and of course the Russian ballet. Russian culture has an incredibly rich history and is undoubtedly steeped in a long tradition of achievements. This, unfortunately, does not make them any less prone to a fair share of Russian stereotypes. Oddly enough, the vodka drinking, bear wrestling, and serious-natured labels on Russians are not always accurate. 😉 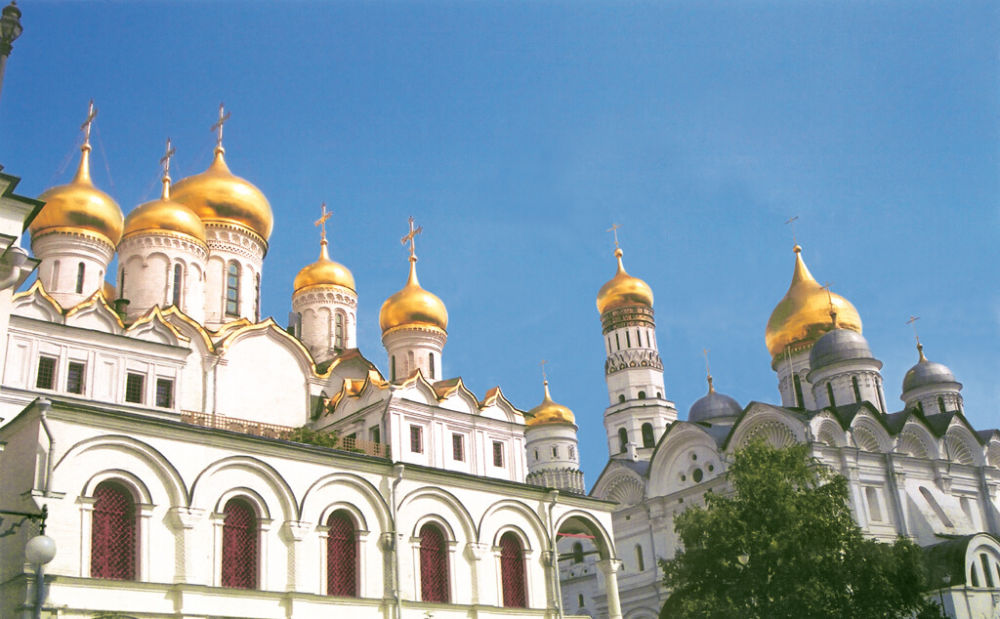 For those curious souls out there, we’ve heard you and asked the Tandem Team to help us debunk these myths once and for all.

We’ve also attempted to reveal the truth about British stereotypes over on another blog post. But for now, ladies and gentlemen, we present to you the best Russian stereotypes.

We’re going to set the record straight on this one because apparently, no one ever gets it right. First things first, Russians never say “na zdorovie” (на здоровье) when making a toast. This actually means “you’re welcome” so it doesn’t really make sense in this context.

Instead, for casual toasts “Davay!” (давай) meaning “Let’s do it,” “Poekhali!” (поехали) meaning “Let’s roll,” or even “Vzdrognem!” (вздрогнем) meaning “Let’s shudder” - because that’s what you do after throwing back a good shot of vodka - are more appropriate. Sometimes after many rounds of drinks, it is normal to start drinking without toasting at all.

Russia is a hard-drinking nation - Not quite

Russian stereotypes often revolve around drinking vodka and there are even rumors that Russians are the heaviest drinkers in the world. In fact, Russia is comparable to France and Germany when it comes to their alcohol consumption.* Furthermore, the share of the Russian population who never drink alcohol is 13% which is much higher than France (2%), Germany (5.5%), and Ireland (6.7%), for example.** So, though there is an annual celebration for the birthday of Russian vodka (31st January), Russia is no more of a hard-drinking nation than other European countries.

People often think that the temperature in Russia never reaches above zero degrees, meaning that Russians are somehow biologically wired differently to never feel the cold. Though it is true that many places in Russia experience a long and cold winter, due to its size, Russia has a largely continental climate. This means that the temperatures can get pretty extreme - from +45℃ in summer Kalmykia to deathly -64° in Oymyakon in winter.

Russians drink tea out of a saucer - Fact

Tea in Russia today is considered the de facto national beverage, with the average Russian drinking 3 cups of the good stuff every day. Russian people drink exclusively black tea and leave the other varieties for their guests, as drinking tea is considered a social activity.

“Saucering” is a traditional Russian practice that is also shared among the Chinese and English. The flat surface helps with the cooling of the near-boiling temperature at which the tea is served. This practice used to reflect social distinction where the lower class of society were said to slurp tea noisily from their saucers, while the Russian aristocrats were strong enough to drink their boiling tea straight or patient enough to wait for it to cool. I guess some like it hot!

All Russians have a dacha for the summertime - Fiction

A common Russian stereotype is that all Russians are extremely wealthy. A dacha, or summer home used as a getaway for city dwellers, is generally perceived to be a large manor surrounded by multiple tennis courts. Sounds relaxing right? In fact, a dacha is usually a small cottage surrounded by a plot of land and a vegetable garden.

Russians often spend long days cleaning the house from dust that has accumulated over the winter months and repairing the many broken things at the dacha. Once the house is in shipshape, it is then on to the garden to do a bit of planting and harvesting. It is now easier to understand why less than half of the Russian population own a dacha. 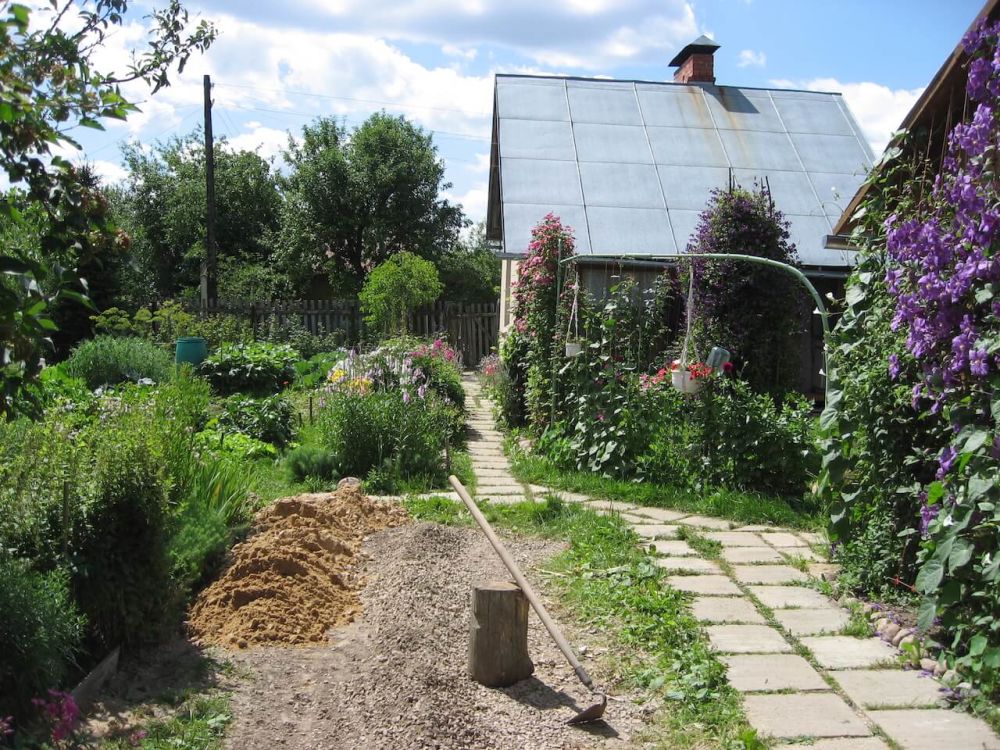 It can be hard to tell if there is any method to the superstition madness, however, we follow them anyway. Most common Russian superstitions have become habits, including not shaking hands in the doorway of your home. This is where the "house spirit" is believed to reside, and bridging this gap with a handshake is therefore extremely bad luck. Putting empty bottles on the floor is also common practice in Russia to avoid bad luck, whether your drink of choice is water or vodka. To avoid putting a curse on something, Russians will knock on wood, spit three times over their left shoulder, or do both. If spitting isn’t an option, you can always mimic the sound by saying "tfu-tfu-tfu."

Nope! Though bear walking and bear performing was commonplace in the nineteenth century, funnily enough, grizzly bears aren’t generally considered to be socialites and rather tend to avoid loud noises. However, it is not unusual for the odd bear to stumble into a rural village. Speaking of superstitions, in case you ever come across a bear waiting outside a supermarket, it is considered good luck to buy a slice of meat on a bone and throw it to the hungry fellow. Lucky bear and lucky Russian! 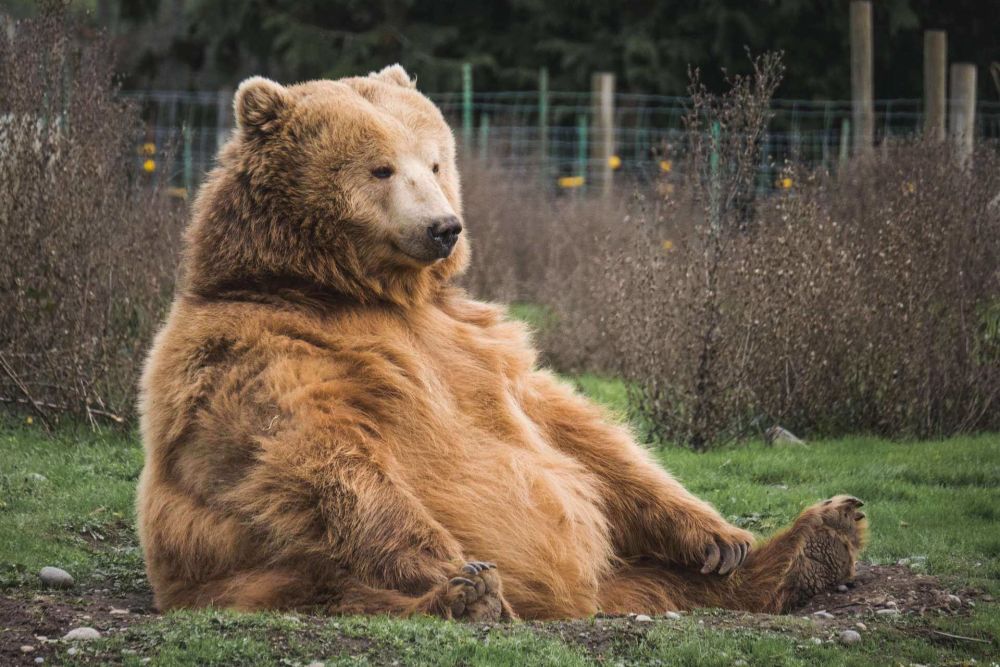 Ok, so this one seems to be one of the most common Russian stereotypes since it even has its own name. “The Russian smile” as it is commonly known, is the way of expressing friendliness to strangers. It’s basically a stern frown.

In Russian culture, it is considered impolite to express emotions in front of strangers. Not beating around the bush and getting straight to the point of a conversation is also considered sincere and polite. Russians aren’t fans of small talk or niceties and will never discuss the weather as a conversation filler. However, once you get to know Russian people on a personal level, you find that they are a very genuine, patient and friendly bunch of people. Here's a nice story from two of our Tandem users.

I think we can all agree that Russian stereotypes are often exaggerated, but a country where all bears ride unicycles (another common stereotype!) sounds pretty fun to us. Sharing your country’s culture and practices with your language exchange partner is not only a great conversation starter but a way to explore and understand different ways of life.

Start your exploration on the Tandem app now!

*According to Our World in Data.

** According to Our World in Data.