The Tandem Guide to Christmas Trees Around the World

Here at the Tandem HQ in Berlin, it’s IMPOSSIBLE to ignore the approach of Christmas. From the first of December onwards, the city becomes filled with a palpable excitement for the coming festivities. Christmas markets open in different corners of the city, serving Glühwein and Bratwurst to grateful revellers, and and the streets grow busy with busy shoppers, dressed up in warm coats to protect from the freezing December weather.

One notable feature of German Christmas is the “Weihnachtsbaum” - a decorated Christmas tree, usually a spruce, fir or pine tree. Christmas trees are popular all over the world, and even some legends stretch back before Christmas existed, but the main familiar evergreen tree traditions originated here in Germany. 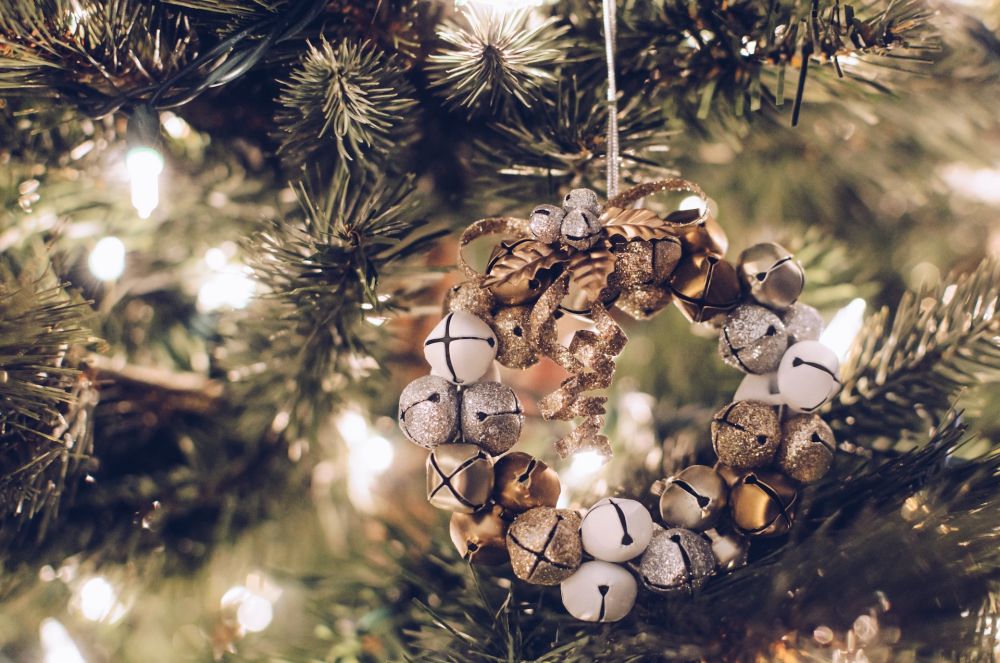 A traditional German Christmas tree uses real candles to decorate it with light. According to legends, German Protestant reformer Martin Luther was the first to do this in the 16th century. He wanted to find a way of recreating the starry Christmas Eve sky indoors - and the twinkling lights of the “Weihnachtsbaum” was a great solution!

They remain an important part of German Christmas decorations to this day - though now of course, we tend to use electric lights rather than candles for safety reasons! But Germany isn’t the only country that enjoys decorating a Christmas tree in December. Here are some of the most interesting ways that the tradition of the “Weihnachtsbaum” has been interpreted across the world! 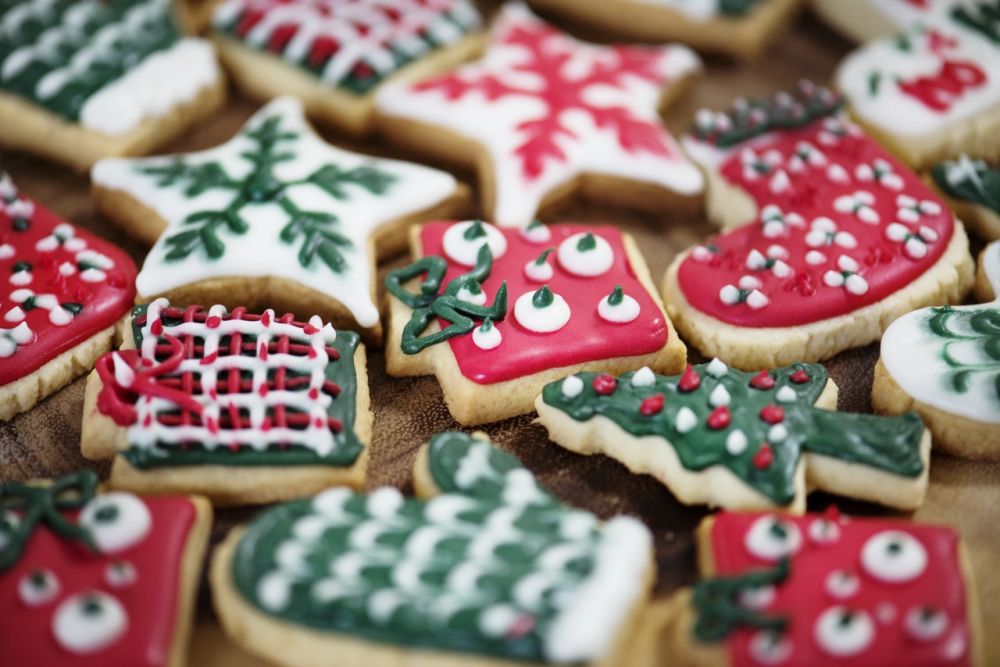 As Australia is in the Southern Hemisphere, Christmas actually falls in the middle of summer. Hot weather and sunshine mean Christmas trees take on a local twist. Evergreens like spruce and fir aren’t common Australia, so some people make do with artificial trees with classic decorations. But even more common is a bunch from the Christmas Bush - an indigenous Australian plant with small green leaves and cream colored flowers. In summer the flowers turn a deep shiny red - very Christmassy!

In Ukraine, folklore, religion and soviet culture mix to form some fascinating traditions. When it comes to Christmas trees, traditional evergreens are the top choice, but decorations are quite specific.

It is considered very good luck to have a spider’s web in some form on the tree, whether it be a small ornament or a large web covering the entire tree. This links back to the Legend of the Christmas Spider. The story goes that a poor family could not afford to decorate their tree at Christmas, but they wake on Christmas morning to find that a spider had “decorated” it beautifully with its silvery, glittering web. The story of the spider’s web is the secret reason why so many households across the world still decorate their trees with tinsel, though many don't know the origins of the story.

Christmas trees are put up and taken down with a very Swedish zeal for precision: they must be up by Christmas Day and stay up until 12 days after Christmas! The trees are decorated with stars, sunbursts and snowflakes made from straw. Other decorations include colorful wooden animals and straw centerpieces.

British people love Christmas trees and there is usually one in every house. The most famous tree is a huge one in Trafalgar Square, London, which is given to the UK by the city of Oslo, Norway every year. Fun fact: the first Norwegian tree gift was given in 1947 as a thank you for the UK’s support during the Second World War, and Oslo has given a fine Norwegian spruce every year since. 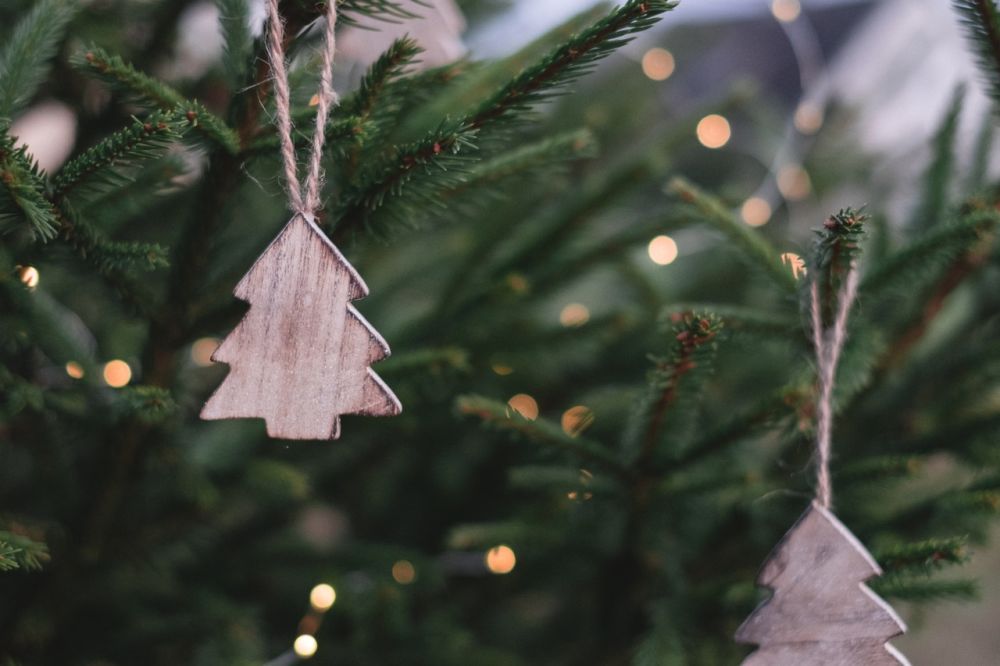 Though many of the traditions we know about Christmas trees come from Germany, the first ever documented use of a tree during the Christmas and New Year period is claimed by the city of Riga, in Latvia! However, this claim is disputed by Latvia’s Baltic neighbor, Estonia - both countries say they had the first ever Christmas/New Year tree in their capital cities, sometime in the late 13th/early 14th century. What is certainly true is that both cities still have beautiful Christmas trees in their city centres in December and early January.

As Christmas was not really celebrated in Japan, those who did want to put up a tree have traditionally been left without conventional decorations. Instead, handmade origami birds are used as a pretty ornament on many Japanese Christmas trees.

As it is difficult to track down a fir or spruce tree in India, many who wish to celebrate instead decorate local bushes, like mango or banana. In fact, any tree that could be decorated is used as part of the celebrations! People also use mango leaves to decorate their homes and make them look more festive.

Christmas is a massive celebration in Brazil, and Christmas trees are a common motif. After midnight mass on Christmas eve, there are often big light shows - these are very commonly in the shape of a Christmas tree. Brazil also had the distinction of having the tallest ever artificial tree, until Sri Lanka unveiled a bigger one in 2016. It was called the 'Peace Tree' and was displayed in Moinhos de Vento Park, Porto Alegre, Brazil from 2001 to 2002.

These are just a few of the countries that are known for their interesting trees, check out more Christmas traditions here!